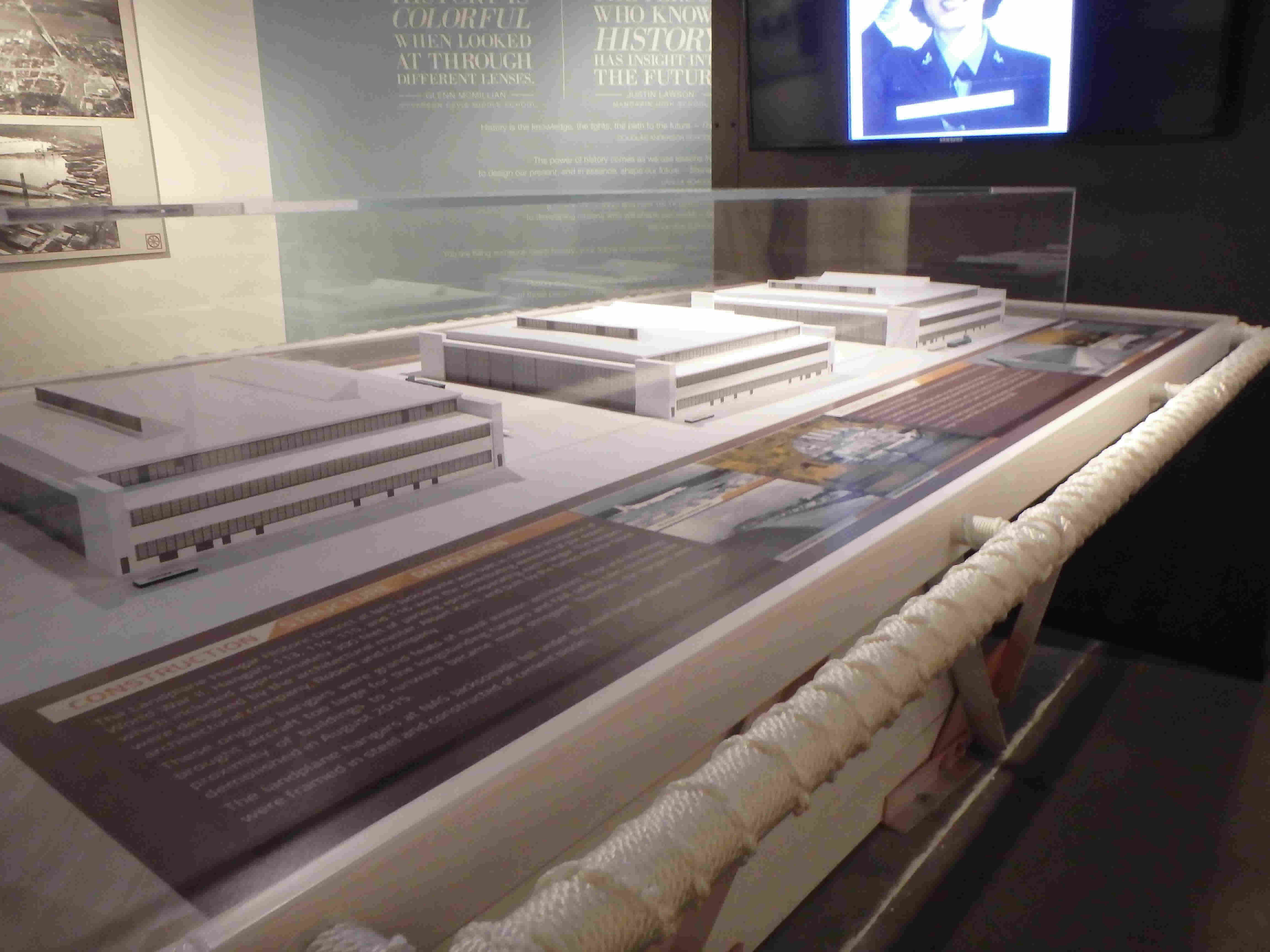 In April of 2015, R&K Solutions began work on a project for NAS Jacksonville to assist them in meeting Section 106 requirements in relation to the demolition of three historic hangars in the Landplane Hangar Historic District. The project consisted of three parts, a book, a model, and a 3D architectural video.

The book provides the history and historical context of the Landplane Hangar Historic District, including information not only on the hangars but also of NAS Jacksonville, World War II, the Architect Albert Kahn, and the builder Robert and Company.

The architectural model depicts the Landplane Hangar Historic District as it appeared when the Hangars were first built in 1940. The model includes information graphics about the Hangars and their occupants as well as historic photos telling their story. The model is surrounded by a handrail covered in a rope braid that replicates the braids found in the Commanding Officer ladder wells of the hangars.

The 3D architectural video accompanies the model exhibit and provides a glimpse of the history and internal structure of the hangars.

The model and video reside in the Jacksonville Museum of Science and History (MOSH) and are expected to remain there for at least 10 years. The book will be distributed to various institutions including the Jacksonville Historical Society, the Florida State Historic Preservation Office, and the Navy History and Heritage Command.